We Are Open. Read Our COVID-19 Update 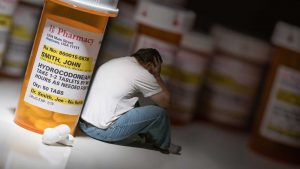 Only as few as 20 percent of the public consider chronic pain a major health problem and yet there are more people affected by chronic pain than heart disease, diabetes and cancer combined. So many Americans are dying every day even here in Mill Creek and the greater Seattle area from overdosing. We need everyone to be fully informed about the opioid (previously known as narcotics) health crisis. That’s why September has been announced as Drug-Free Pain Management Awareness Month.

The National Institute on Drug Abuse has reported that 80 percent of heroin addicts started with prescription painkillers.  Two out of three overdose deaths involved prescription opioids, heroin, or synthetic opioids such as fentanyl.

It has been reported in the Gallup-Palmer College of Chiropractic 2017 annual report that a large percentage of Americans would prefer to try other ways of dealing with their chronic pain, rather than reverting to prescription painkillers. Drug-free and surgery-free chiropractic care, as a first line of defense against pain, is being called for by an ever-increasing number of groups, including the American College of Physicians.

Chiropractic care is effective according to the vast majority who sought treatment last year and almost all of them said they would see a Doctor of Chiropractic again if the pain returned. By applying spinal manipulation, the pain is relieved and the body’s functions are improved, helping the body to heal itself.

If you, or someone you know, is suffering from a painful and debilitating condition such as back pain or herniated disc, you may benefit from all-natural chiropractic care. To find out if chiropractic care is right for you, contact Innovative Chiropractic. We’re your Mill Creek chiropractic experts, and we can help you.

Mill Creek Chiropractor Brad Marshall-Inman and the staff of Innovative Chiropractic Rehab & Massage are ready to meet your needs for chiropractic care.

If you are experiencing neck pain, back pain or other pain caused by a car accident or other source, contact Innovative Chiropractic Rehab & Massage today to schedule a visit at our Mill Creek office. (425) 338-1555.